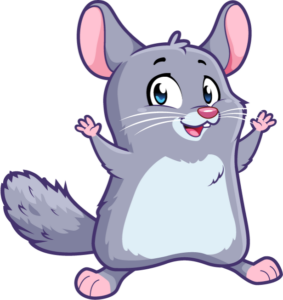 Welcome to the Easter Bunny Helpers blog! Here we'll be posting all news, updates, and information about Easter Bunny Helpers. We'll also be sharing inspiring content, as well ideas and activities related to Easter. We appreciate each of you and we're egg-cited you're here! Welcome to our world.

News of the Easter Bunny Littles, a group of nine mini characters ranging from a miniature pig to a miniature lion hit today.

I don’t know about you guys, but after seeing this little Panda Bear, the Easter Bunny Littles sound freaking AWESOME!

I hear there’s a pig and even a lion. But I definitely want to adopt the Panda Bear. Who do I speak to so I can make that happen? The World Wildlife Fund? Noah’s Ark Animal Sanctuary? Or is this more like a Pied Piper thing?

Have a great week!
Love from your Easter Bunny Helpers Team Hugs ♥♥♥♥♥♥♥♥♥

Track Easter Bunny is running another free eBook promotion day today for its book Track Easter Bunny: An Easter Tradition. Three weekends in a row. Just click BUY NOW on Amazon and it’ll cost you nothing.

The book features the Easter Bunny Helpers, including me which should be reason enough to download it. You can even make your own helpers and eventually you may be able to purchase one.

The book also features Chinchilla. I’m not a fan. I mean really. Who needs a helper who lays around all day, eats all your food, stinks up your bathroom, and generally just sucks the life blood out of you? Sign me up, where can I pre-order one?

April 4, 2021. Easter. I’m counting down the days because I’m just so egg-cited. This page lets you keep track of how many days until the Official Tracker of the Easter Bunny goes live. I click refresh over and over.

Listen, I’ll be the first to admit I don’t get a lot done between now and Easter. I used to be all, “Lets make TOYS, CANDY, BASKETS, DO-IT!!”, now I’m all like, “What time is the Mandalorian on?”. Pretty lame, I know. But not as lame as the Chinchilla. He has a stay-at-home job and he still can’t get to work on time. Oooh, burn!

Easter Island was named Easter Island because it was discovered on Easter Sunday in 1722. But it is more than just breathtaking monolithic stone statues and great diving — it’s home to the Easter Bunny and his wonderful magical helpers!

Over the course of hundreds of years the Easter Bunny has lived on the island and built many structures including his own home and of course his workshop.

The four helpers that first appeared on Easter Island come from varying backgrounds and different experiences. The helpers include the Chinchilla, the Elf Owl, the Fennec Fox, and the Ferret.

This is just the beginning. There is much more to come.

We are thrilled to bring the Easter Bunny Helpers!

We couldn’t be more excited about the year ahead.

The initial series includes 4 different helpers: the Chinchilla, the Elf Owl, the Fennec Fox, and the Ferret.

We’re hard at work preparing for so much more.

On the book front, we have big things in the works so stay tuned in 2021!

Connect With Us All Year Round

The Easter Bunny can always use help. With some basic supplies and a sock or two, you can make your own helper. Follow the special instructions and make sure you ask an adult for assistance.

In partnership with our friends at: